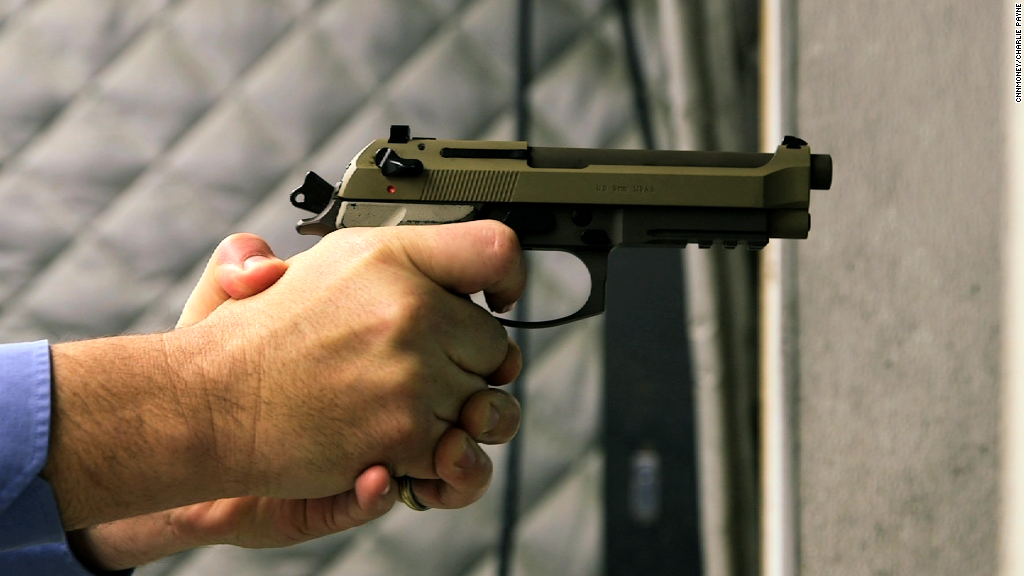 Scientists from the University of Granada (UGR) have designed a computer system based on new artificial intelligence techniques that automatically detects in real time when a subject in a video draws a gun.

Their work, pioneering on a global scale, has numerous practical applications, from improving security in airports and malls to automatically controlling violent content in which handguns appear in videos uploaded on social networks such as Facebook, Youtube or Twitter, or classifying public videos on the internet that have handguns.
Francisco Herrera Triguero, Roberto Olmos and Siham Tabik, researchers in the Department of Computational and Artificial Intelligence Sciences at the UGR, developed this work. To ensure the proper functioning and efficiency of the model, the authors analyzed low-quality videos from YouTube and movies from the ’90s such as Pulp Fiction, Mission Impossible and James Bond films. The algorithm showed an effectiveness of over 96.5 percent and is capable of detecting guns with high precision, analyzing five frames per second, in real time. When a handgun appears in the image, the system sends an alert in the form of a red box on the screen where the weapon is located.

A fast and inexpensive model

UGR full professor Francisco Herrera explained that the model can easily be combined with an alarm system and implemented inexpensively using video cameras and a computer with moderately high capacities.
Additionally, the system can be implemented in any area where video cameras can be placed, indoors or outdoors, and does not require direct human supervision.
Researcher Siham Tabik noted that deep learning models like this represent a major breakthrough over the last five years in the detection, recognition and classification of objects in the field of computational.

Until now, the principal weapon detection systems were based on metal detection and found in airports and public events in closed spaces. Although these systems have the advantage of being able to detect a firearm even when it is hidden from sight, they unfortunately have several disadvantages.
Among these drawbacks is the fact that these systems can only control the passage through a specific point (if the person carrying the weapon does not pass through this point, the system is useless); they also require the constant presence of a human operator and generate bottlenecks when there is a large flow of people. They also detect everyday metallic objects such as coins, belt buckles and mobile phones. This makes it necessary to use conveyor belts and x-ray scanners in combination with these systems, which is both slow and expensive. In addition, these systems cannot detect weapons that are not made of metal, which are now possible because of 3-D printing.
For this reason, handgun detection through video cameras is a new complementary security system that is useful for areas with video surveillance